Consciousness and the Future 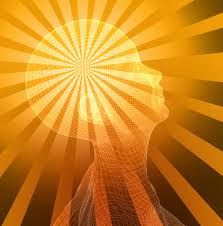 To combat the mental lethargy induced by endless triple-digit temperatures here in the Phoenix area, we invite you to join us as Tom presents on “Consciousness and the Future” at a local MeetUp group.
This should be a highly stimulating event, bringing together people with interests in science, technology, philosophy, and psychology.

Here is the announcement for the event:

Tom Lombardo, Ph.D., Director of the Center for Future Consciousness and author of several books and numerous articles on consciousness, wisdom, psychological evolution, and the study of the future, will discuss his two new books, Wisdom, Consciousness, and the Future and Mind Flight: A Journey into the Future. Drawing upon two essays included in WCF, “The Ecological Cosmology of Consciousness” and “Educating the Wise Cyborg,” his talk will highlight his ideas on the nature of consciousness and its interdependency with the physical ecology of the cosmos; the connection between mind and technology; and how time and evolution figure into the further development of human consciousness. In this context, he will also be discussing Antonio Damasio’s new book on consciousness Self Comes to Mind: Constructing the Conscious Brain.

Tom has been reading Robert Sawyer's new trilogy on the emergence of consciousness on the web, Wake, Watch, and Wonder. No doubt he will be sharing his thoughts on this and other recent science fiction as well.
Posted by Jeanne Lombardo at 9:56 PM