Creativity and the Future 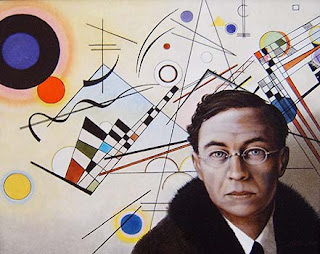 “The future is the ongoing expression of the act of creation and we are all participating in it.”


I introduce the above quoted theory of creation at the beginning of my basic workshop on evolving future consciousness. Though inspired by others, for we all “stand on the shoulders of giants,” they are my words, my theory. We may envision the creation of the universe as occurring in the very distant past, but this view of things is, at the very least, highly misleading, if not simply wrong. As the physicist Paul Davies has noted, the universe is perpetually creative, continually pulling itself up by its own bootstraps, with novelty and surprises pouring forth. This efflorescence of the new is what the future is; new things keep happening, new forms keep emerging and evolving. The future is creation—creation is the future.
The reason why we experience a future—a “yet to be”—is that everything is not set and determined, everything is not pre-ordained. There is transcendence of what is and this is the experience and reality of the future.
We may think of creativity as something that humans exhibit in their thinking and behavior, and further, that it is a capacity that only some gifted individuals possess, but again this popular idea is fundamentally wrong. As Stuart Kauffman in his new book, Reinventing the Sacred, demonstrates, creativity and the ongoing emergence of novelty are fundamental to the workings of nature. And clearly, all humans to different degrees show creativity. We all create when we remember, when we think, when we imagine, when we talk, when we construct things. There are degrees of innovation and novelty, but nothing in human life, if not in the universe as a whole, is simple repetition.
It is one of the great ironies and stupidities of contemporary times that “creationism” and “evolution” are set in opposition with each other as two diametrically contrary explanations of reality, when in fact, evolution is creation, though creation not all at once.
This week I am giving a presentation on “Creativity, Wisdom, and Our Evolutionary Future.” See the schedule on the side bar for location and time. Pulling together two previous presentations on creativity, and serving as a foundation for an article I am writing this spring, I worked at synthesizing the pieces on creativity into a big picture. There is the mythology and physics of creativity; there is the psychological study of creativity as well. But there is a wealth of information on how creativity applies to biological evolution, social and economic development, and believe it or not, the creative evolution of technology and machines. Of course, there is also the study of creativity in art.
To me it seems that all of the pieces fit together. Creativity is the synthesis of the unique and the beautiful, of emergent Gestalts, and metaphorically speaking, its dual motive forces lie in death and chaos and sex and interpenetration. But this is as much a theory of the future, as it is of creativity.
In my last blog I recounted the hilarious and inventive narrative in Rudy Rucker’s The Ware Tetralogy. I am now on the fourth and final book of the series. Here, I have encountered aliens who live in two-dimensional time, travel not in spaceships but on cosmic rays, and worship a female Goddess who lives in four-dimensional space. The story is an act of sparkling and crazy creativity; imagine a book on the future written by an extremely smart, techno-savvy Hippie. Creativity jars one’s sense of reality; it unsettles logic, good taste, and common sense. This is The Ware Tetralogy. Back in the 1990s, Rudy Rucker edited (along with R.U. Sirius and Queen Mu) a real psychedelic trip of a book: Mondo 2000: A User's Guide to the New Edge—Cyberpunk, Virtual Reality, Wetware, Designer Aphrodisiacs, Artificial Life, Techno-Erotic Paganism, and More. Mondo 2000 argues for the necessary element of chaos in provoking creativity and inventiveness. (This theory, though, goes back to ancient times.) Like a Salvador Dali of chemicals, electronics, robotics, and words, Rucker mixes together the most bizarre assortment of elements, settings, and characters in the madcap chaos of The Ware Tetralogy. If one wants to experience the full flowering of human creativity—with a clear eye on the future—then dive into Rucker’s books.
Coming full circle, from science fiction to painting, I will close with a quote from one of the most creative, influential, and articulate artists of the twentieth century, Wassily Kandinsky:

“…every work of art comes into being in the same way as the cosmos—by means of catastrophes, which ultimately create out of the cacophony of the various instruments that symphony we call the music of the spheres.”

Contrary to popular belief (once again) and clearly at odds with the ancient notion that creativity was a gift of the gods, deep and penetrating creativity requires work and the tenacious pursuit and cultivation of the new. One sees this in the evolution of Kandinsky’s work. Chaos shakes up the mind, shakes up the ecosystem, shakes up the cosmos; and intelligence, intuition, and trial and error find the new order.

Hope to see you at some of the upcoming events listed on the right in this coming early spring.

Note: Special Event at Sun City Grand
Early this spring I will be doing a comprehensive review of my two books on the future, The Evolution of Future Consciousness and Contemporary Futurist Thought. I will be doing two chapters per two hour session with plenty of time for discussion set aside. See the schedule on the sidebar. Books will be available for sale.
Here is the latest review on the two books coming out in Future Takes magazine:

“A Protean undertaking—and he pulls it off! These two books constitute a remarkable achievement... ‘Awesome’ is a word that comes easily, and heroic must substitute foolhardy as the author concludes his ambitious project, ‘encyclopedic’ accurately describing the scope... To sum up, I could do worse than quoting from Wendell Bell’s praise on the cover of the second volume: A great book… a must-read book for futurists… a masterpiece… applying it on both tomes.”

The Future of Alzheimers Patients--From Despair to Hope

As the Babyboomers hit 65 and start tapping into Medicare, thoughts of a different kind of future tap at our consciousness...and it is not only the specter of mortality that raises its ugly head (despite Ray Kurzweil's assurances that if we can only hang on until new interventions are invented, we may not have to die). What if our bodies outlast our minds?

Many of us are seeing our parents descend into the murky and often agitated world of Alzheimers. We watch helplessly as they slowly disappear, their personalities eclipsed by the deterioration of their brains. In the past, care for these patients often translated into restraint and medication. Today new models are emerging however.

I am very proud to have a personal connection with a leader in the field of elder care. My sister Peggy Mullan is the CEO and President of a large "nursing home" in Phoenix Arizona which is being recognized for its innovative and compassionate approach to caring for Alzheimers patients. The Beatitudes Campus was featured on the front page of the New York Times on New Years Day. The informative and inspiring article describes how The Beatitudes has pioneered a more caring and humane approach to treating patients afflicted with this disease. My favorite quote from the artice? "For God's sake, if they want bacon, we give them bacon."

You can hear more about the Beatitudes this coming Tuesday, January 11, 2011 (1/11/11!) when Peggy is interviewed on NPR's Here and Now Program. The interview will be streamed live at 11:00 Mountain Time. If you miss the original broadcast, PRI offers podcasts.
Posted by Jeanne Lombardo at 9:05 AM No comments: