Virtue and Wisdom, Death and the Past

My evolving definition of wisdom, at this point in time, reads...
“Wisdom is the highest expression of self-development and future consciousness. It is the continually evolving understanding of and fascination with the big picture of life, of what is important, ethical, and meaningful, and the desire and creative capacity to apply this understanding to enhance the well being of life, both for oneself and others.”

What I do not include in this present definition is the fact that wisdom is always manifested through unique human beings. Wise people (or more precisely, people on the journey of wisdom) bring a special color, nuance, and personality to their expression and their pursuit of wisdom.

One such person was Copthorne Macdonald, the creator and editor of The Wisdom Page. Cop and I were virtual friends, having never met in person, for the last six or seven years (I do not exactly recall when we first communicated with each other). We exchanged countless emails and talked on the phone—flowing philosophical and personal conversations that turned into hour-long calls—quite a few times. Cop read and reviewed many of my books and published, on The Wisdom Page, many of my articles. Reciprocally, I read and reviewed a number of Cop’s writings on wisdom.

Just prior to Christmas, Cop (1936-2011) died from Wegener's granulomatosis, an autoimmune disease. Cop faded quickly; we were communicating with each other via email till the end of November.

I was extremely saddened by Cop’s death. Cop was dedicated to the pursuit of wisdom —to providing a clearinghouse of literature and ever-growing, incredible array of wisdom-related resources on his website. He not only possessed an excellent mind and sharp intellect, but he emanated a calm optimism and deep goodness of spirit. That is to say, he walked the talk, synthesizing the heart and the mind. He was a person of virtue and character. I will miss him very much.

When someone dies, their reality becomes something belonging to the past. (An eerie metaphysical quality emerges regarding their existential presence.) And, of course, the death of a close friend reminds us of our own mortality. It is therefore quite appropriate that the “new year” begins with this reminder—that it is important to make the best of our future, however long that future may be. Sooner or later, the future becomes the past, and the story has been written. 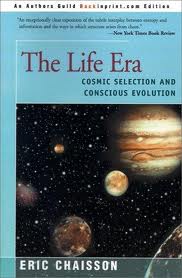 Though published over a decade ago, I just recently read Eric Chaisson’s The Life Era: Cosmic Selection and Conscious Evolution, a superb book that beautifully and intelligently explains the broad scope of the theory of cosmic evolution and integrates this theory with an ethical and global vision of the future of humanity. Additionally, Chaisson provides a great historical review of theories of time and an excellent discussion of order and chaos in the universe. I highly recommend this book. 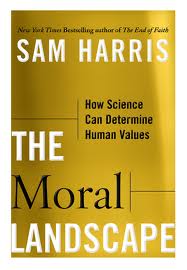 Sam Harris’s new book The Moral Landscape is a second book I would highly recommend, one that in an important, though not immediately obvious way, connects with Chaisson’s The Life Era. Harris’s central thesis is simple: Morals (or values in general) can be determined by the facts. Contrary to the philosopher David Hume, Harris argues that one can derive an “ought” from an “is.” Harris believes that what is good is what leads to well-being and what is bad (evil) is what leads to misery and unhappiness. And we can determine scientifically what constitutes well-being; well-being is a constellation of empirically determined facts. Hence, what is morally good is grounded in the factual conditions of well-being.
In his book, Harris is critical of both liberalism and religion. Religious morals, though authoritarian in tone, are often not grounded in facts (based as they are on superstition and the pronouncements of sacred texts) and frequently lead to misery and unhappiness. Liberalism, unwilling to take a moral stand, “tolerates” different moral views (especially religious views) that clearly lead to human misery and unhappiness. Liberals believe (quite mistakenly, according to Harris) that one can’t determine in any logical or empirical fashion which, among different moral views, is better or more correct. Harris believes that you can compare moral views (and cultures) and determine, based upon facts, which view (and way is life) is better.
The connection between The Moral Landscape and The Life Era is simple: Both books attempt to derive a moral position based on science. For Chaisson, the basic scientific (and hence factual) foundation for a global ethics is the evolution of complexity and intelligence in nature and the cosmos. For Harris, the scientific grounding for a theory of morals is to be found in the psychological and biological study of humans and what makes for a healthy, happy, and flourishing personality and mind. The arguments within both books are thought-provoking, at the very least.

It feels like spring already. (Perhaps wishful thinking, but we have passed through the darkest days of the year.) I will be doing a number of presentations over the next few months, as the sun continues to rise higher into the sky.


I am continuing my consciousness series at RISE.

I am doing a three-part series on progress and the future at Arizona Grand.

And together Jeanne and I will be doing our “Utopian Visions and Values for the Future” presentation twice in the coming months.

For all these events, see details (dates, times, and location) on the right.
As other new events for the year emerge, we will send out notices in future blogs.

Posted by Jeanne Lombardo at 5:28 PM